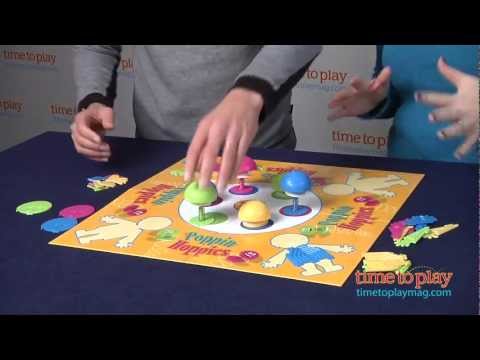 See the full review, the updated price and where it’s available to buy at

Poppin Hoppies is an action game where players try to be the first to assemble a plastic man. In order to build your man, you must catch Poppin Hoppies.

If a player needs a specific piece in a specific color, he or she may exchange any one of the pieces in his or her figure for an unused piece of the color. However, a Poppin Hoppie of the color needed must be caught first. If a player catches two Poppin Hoppies of the same color in the same round, he or she may take one piece of that color from an opponent’s figure or from the table.

Poppin Hoppies comes with seven Poppin Hoppies, four plastic men sets, a game board, and rules of play. The game is for two to four players.