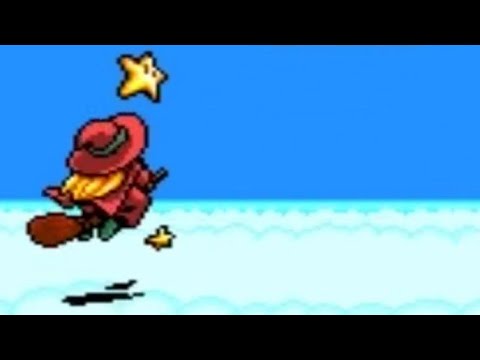 A playthrough of Quest’s 1993 shoot ’em up for the TurboGrafx-16, Magical Chase.

Played through on the “bumpy” (normal) difficulty level.

Magical Chase is a game that manages to stand out even among the considerable number of fantastic shooters on the TurboGrafx-16. It’s a “cute ’em up” in the vein of Cotton, but don’t let appearances deceive you – there is enough challenge and complexity here for die hard genre stalwarts to sink their teeth into.

The game looks and sounds fantastic and really shows off the power of the NEC console. More colorful than most Genesis shooters, and more fluid than most on the SNES, Magical Chase throws around loads of sprites and special effects without a hiccup. The use of parallax and faked sprite-scaling create some really cool visual spectacles, and the amount of unique enemy animation gives the game a ton of personality.

The gameplay largely revolves around your ability to manipulate the two stars around your character – they act as satellites that provide extra fire-power, and you can choose to independently lock their positions and the direction that they are firing in relative to your character. This allows you to focus fire on one target while firing on another, or to push all of your firepower at a single point, and combined with the various upgrades you can buy to enhance shot power and range, there is a lot of strategy involved in figuring out the best way to approach challenging spots and bosses. Since all of these functions are mapped to combinations of the Turbo pad’s I and II buttons, the controls take some time to adjust to, but the controls are snappy and accurate once you do.

I thought that Magical Chase would be a fun game for October because of the witchy theme and the scary pumpkin guy, and it really is an extremely high quality effort overall. It’s too bad that it is so rare – it goes for an absolute fortune if you can find it – but it is a lot of fun, and it’s a cool look back at a piece of the history of the game studio that would eventually go on to produce strategy classics like Final Fantasy Tactics and Ogre Battle.
_
No cheats were used during the recording of this video.