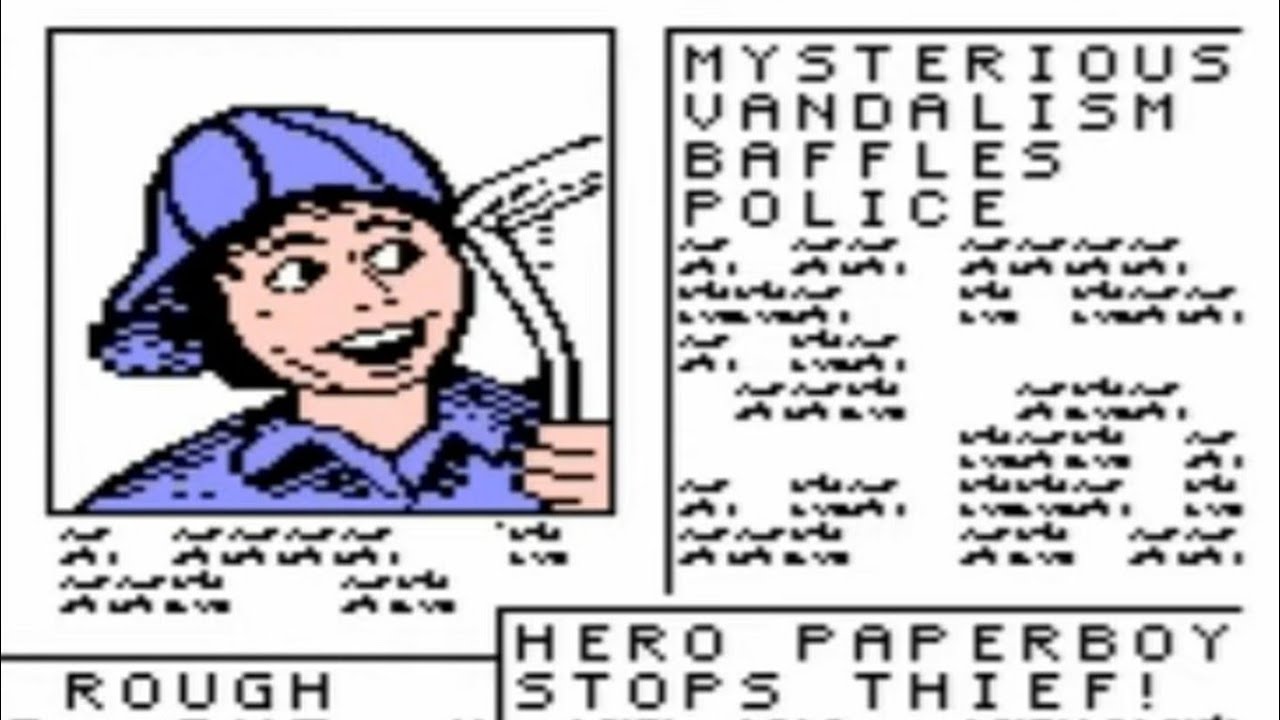 A playthrough of Mindscape’s 1988 action game for the NES, Paperboy.

Paperboy is a game doesn’t really need an introduction. It’s one of the most well-known arcade games to come out of the 1980s, and it has seen regular rereleases and ports ports over years, not to mention a couple of sequels.

It’s a simple game. As you might expect, you play as the neighborhood’s newspaper delivery boy, and your goal is to deliver the paper to everyone that’s a subscriber. In video game land, however, things are never that simple.

Pedaling about the neighborhood, you encounter a wild variety of hazards that need to be dealt with quickly if your going to survive all seven days. Old ladies and dogs give chase, unruly children on skateboards and go-karts careen into your path without warning, ghosts and tornadoes appear out of thin air: Paperboy’s version of suburban America is a dangerous, violent place that us not to be underestimated.

Paperboy’s only weapon is his stack of papers. A well-aimed shot with one can stop any hazard’s approach, and it can make for an extremely satisfying smash sound when you put one through someone’s living room window. These papers are limited in supply, but you can gather more by grabbing the glowing bundles you see in people’s yards, and there are enough around that you aren’t likely to run out unless you make a habit of wasting them.

If you miss a delivery (or smash a window as you’re attempting to deliver the paper), the customer will cancel their subscription. As I’m sure you can imagine, running out of subscribers is not ideal. You can win them back, though – for every day that you make a perfect run, you’ll gain a new subscriber.

Paperboy was released on every platform imaginable in the late 80s/early 90s, but I’m going to hazard the guess that many (if not most) people in the states known it best in its NES incarnation.

Like any NES port, there are some heavy compromises made, but it still does its job well enough to keep the Paperboy feeling intact. The graphics are substantially worse than the arcade’s, and unlike in the Sega ports, there is only one street to play. Still, the controls successfully made the transition from analog handlebars to the NES d-pad, the sound effects and music are nicely done (albeit lacking any synthesized speech), and the difficulty level is balanced just right.

It’s nowhere near as impressive as the Genesis version, but Atari did manage to keep the spirit of the game alive in this port. I loved it as a kid, and even now I can still see its appeal. It’s a game that is easy to throw in to play for a few minutes, only to look up at the clock and realize that somehow a half-hour has passed.

I never did manage to get the hang of that obstacle course, though!
_____________
No cheats were used during the recording of this video.